This article presents and analyses how Tanzania, a country on the global “periphery” with a natural resource sector dominated by capital from the Global North, has thus far failed to transform its mineral wealth into sustained economic development. Using Immanuel Wallerstein’s “world systems theory” as the theoretical framework, we exemplify how the “core” exploited gold reserves in the 1990s and into the new century – and what techniques and mechanisms (e.g. asymmetry of information, imposition of inadequate management structures) it now currently uses to develop the nascent gas sector to its advantage. Scrutinising actions undertaken by the Tanzanian president to concentrate power, root out corruption, and to stand up to profit-maximising foreign corporations – or what we call the “Magufuli effect” – as way of illustration, we also demonstrate how Tanzania is trying to change its role within the international division of labour and how the core attempts to maintain the status quo meanwhile. 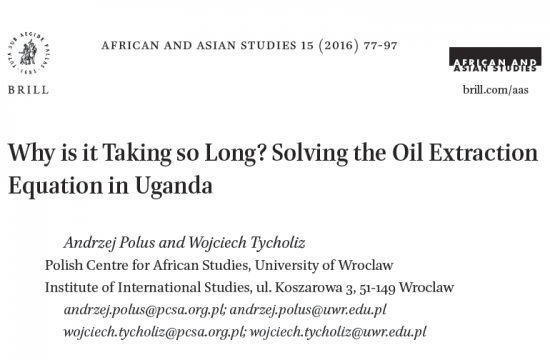